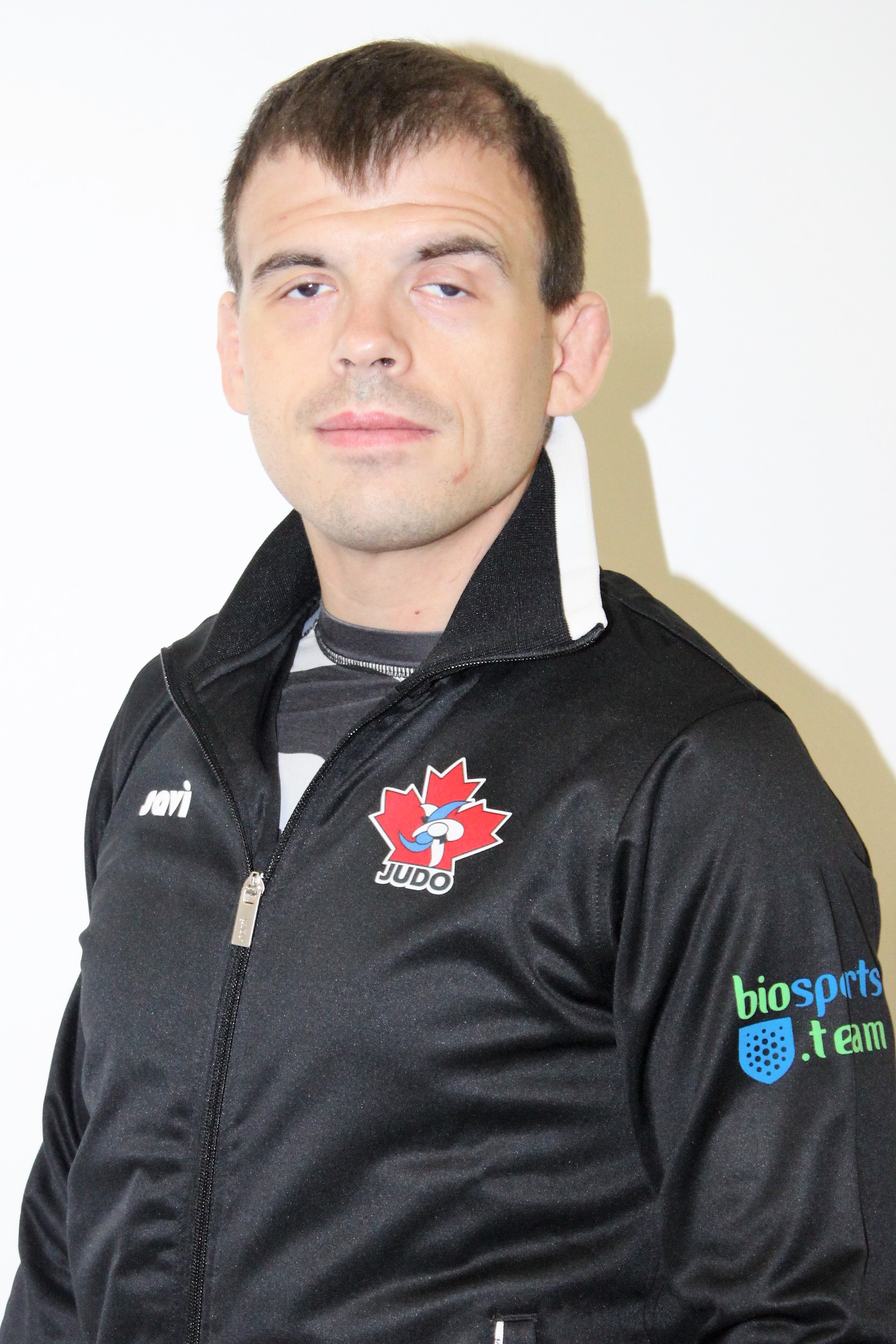 After swimming and wrestling, Justin Karn took up judo at the age of 13, at the Brantford, Ontario school for the blind. The Guelph native immediately loved the sport, which requires strength, endurance, and great coordination.

Among Justin’s greatest accomplishments is ranking seventh in the -60kg category at the London Paralympic Games in 2012. As a judoka in the B3 class for athletes with a visual disability, Justin also won the bronze at the Guadalajara Parapan American Games in 2011.

His objective is to compete at the Tokyo Paralympic Games in 2020, where he hopes to get his hands on a medal.

Justin, who trains under Andrzej Sadej at the Institut national du sport, has many passions outside of judo. He is learning Swedish and he loves cooking and playing the guitar. He is also planning to go back to school sometime in the near future.