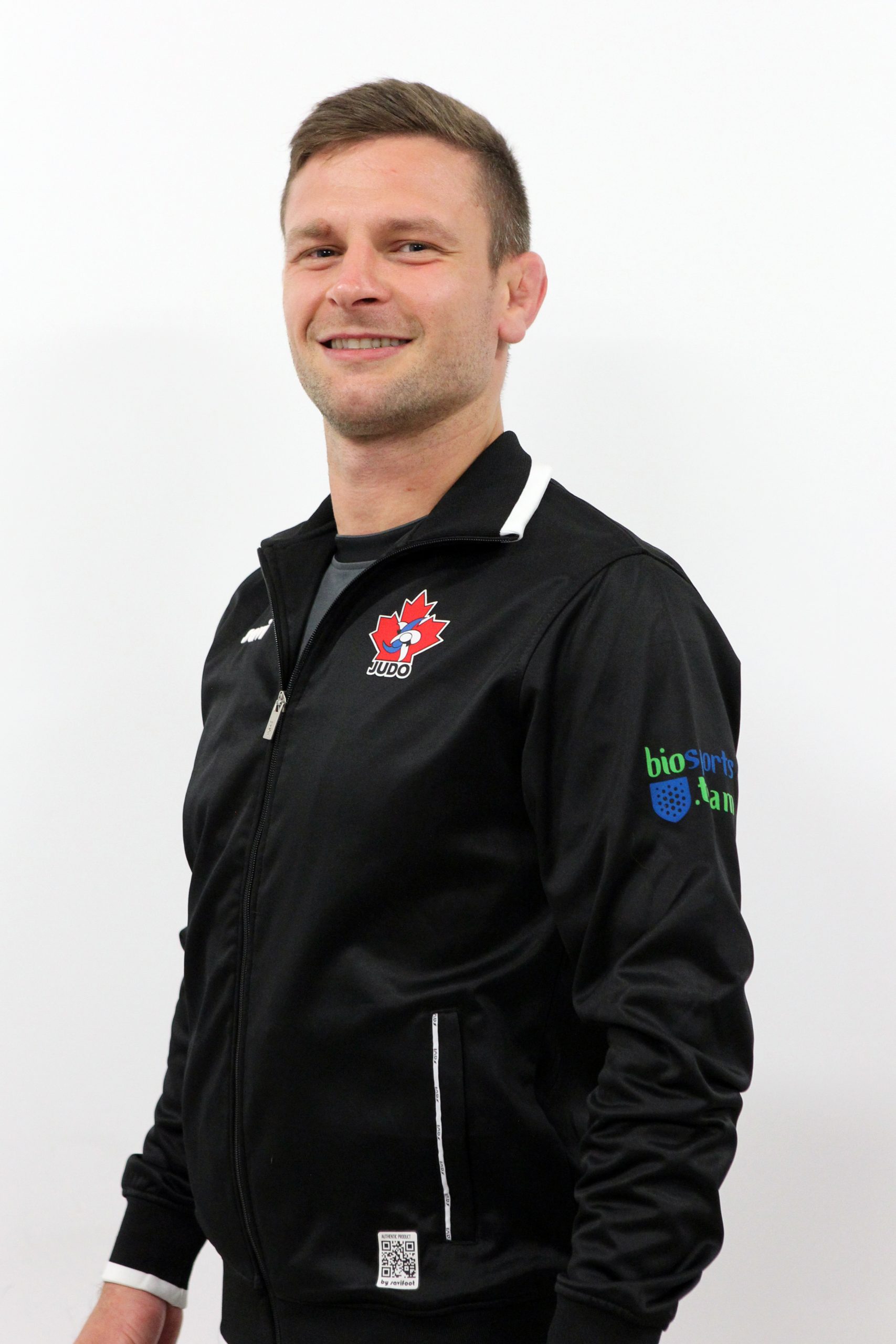 Sasha was born in Pancevo, Serbia, and came to Canada in 1993, when he was eight years old. He got into judo by following the footsteps of his father, a judoka who for years was Sasha’s greatest mentor.

A fan of contact sports and martial arts, Sasha chose to dedicate himself to judo as a way to pursue his Olympic dream. In his ten years on the national team, he represented Canada in the Olympic Games twice, in the 2008 Beijing Games and in the 2012 London Games. His greatest accomplishment as an athlete was a seventh place in the World Championships in 2007. Throughout his career, he won several medals in World Cups and Grand Prix competitions.

In September 2013, soon after retiring from competing, Sasha joined the Junior national team as a coach. He is now assistant coach to the national women’s team.

When he is off the tatami, Sasha likes watching movies and spending time with his dog. The Montreal resident recently graduated in education studies from Concordia University.