Three Medals for Canada in Belgium 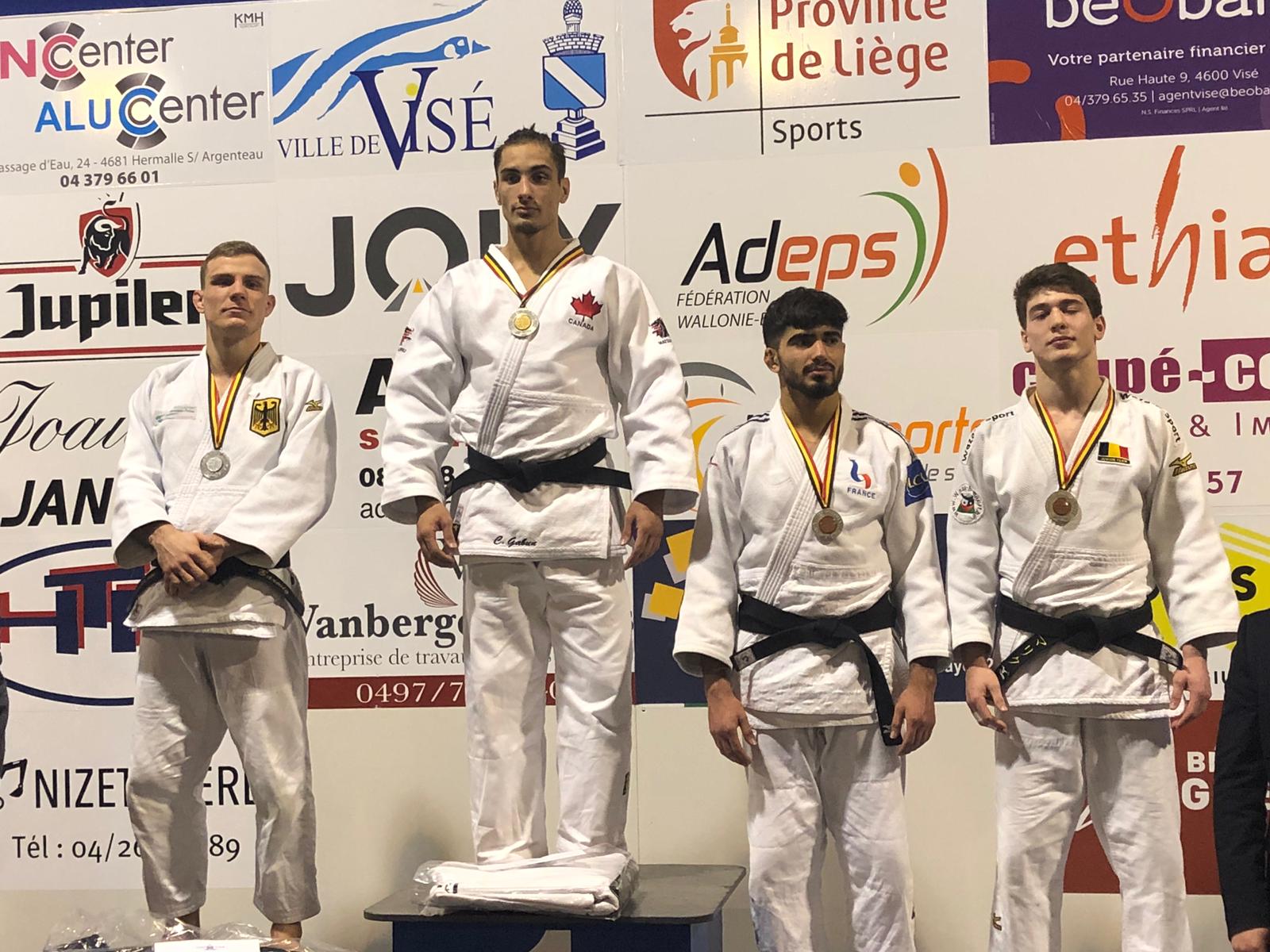 Constantin Gabun was the champion in the -73 kg category. He had a perfect score and closed the day by defeating German Robert Barwig. “I tried to attack several times in golden score to end it quickly, but he dodged most of them. I was finally able to get him and scored a waza-ari!”

“He was very consistent all day and easily established himself in the first five bouts, each of them being done after about a minute. The finale against the German was harder, he’s very explosive. However, Constantin kept his stamina up, despite being tired. He was able to throw him in overtime for the victory. His recent efforts have paid off,” commented national coach Michel Almeida.

In the same category, Keagan Young finished in fifth place after being defeated by French Omar Tejoiani, who won the bronze medal. Young had a record of four victories and one loss, against Barwig, the silver medallist.

“He was disappointed. He won three bouts, but one of them was because his opponent didn’t show up. Because of it, his medal is worth less points,” said his coach.

Deschênes added that he was hoping for a medal of another colour. “I really think I shouldn’t have lost my first fight, my only loss of the day. I was nonchalant on the ground, and I was stuck in an arm lock, even though the fight had been going well. I injured my ankle in November, so my preparation wasn’t optimal. However, I’m still pretty satisfied with how I’ve been doing in the last few weeks.” 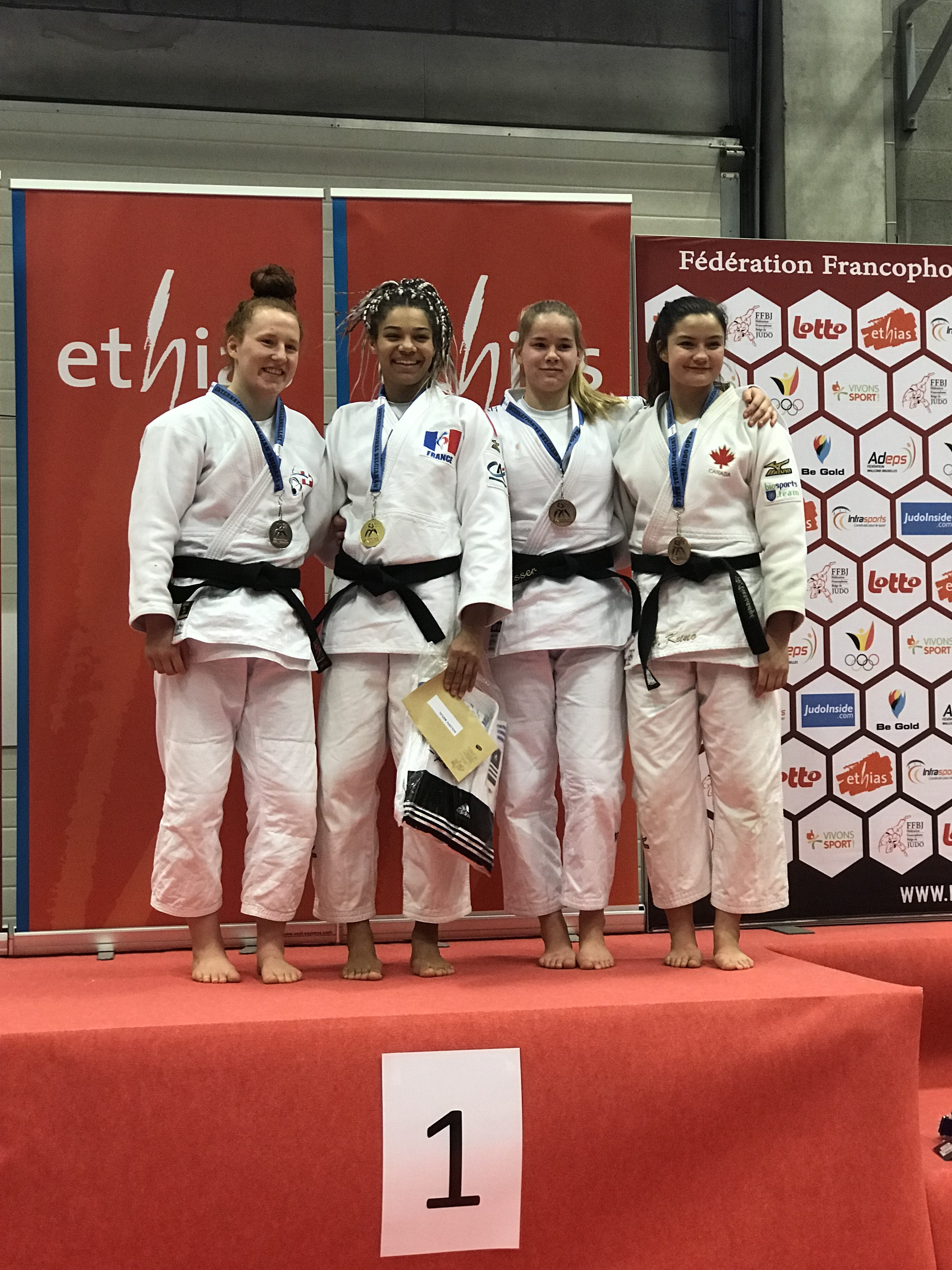 Kevin Gauthier lost in the first round, and in repechage against German Benjamin Bouizgame, who ranked in seventh place.

On the women’s team, Hanako Kuno (-70 kg) will be bringing home a bronze medal after winning against French Issoufi Kaila in repechage. In the earlier rounds, she had scored three victories and one loss.

Annabelle Darlow (-78 kg) was eliminated in repechage by Fiona Gratton, who ranked in fifth place. The Canadian had a record of two victories and two losses in the preliminary rounds and didn’t get a ranking.

“This event, which is not part of the IJF circuit, is mostly for our young athletes who need more experience before going to the next level. Women have more chances to fight. For example, Virginia fought three times even though she didn’t win any bouts, instead of being eliminated after the first one,” said Almeida.

Ontarian Bradley Langlois (-73 kg) finished in 7th place in his category at the European Open in Odivelas, in Portugal. His day ended in repechage, where Romanian David Laszlo won by ippon in 21 seconds.

“I was quite surprised and wasn’t expecting that attack. I’m happy with my performance, except for that last fight. I really think I could’ve beaten Laszlo. I was hoping to get a medal. I did very well at the Elite Nationals, so I felt really good going into this competition,” said Langlois.

He thinks the bout could have ended differently if he had been more aggressive in the beginning. “I think I was too relaxed. I’ll have to watch the fight again,” added Langlois, who will be taking part in two training camps (Visé and Paris) before competing in the Rome European Open.

In the preliminary rounds, the judoka scored two victories and one defeat, against the eventual silver medallist, French Pierre Duprat.

For his part, Montrealer Gueorgui Poklitar (-60 kg) was eliminated in his first fight, against French Vincent Manquest, who ranked fifth.